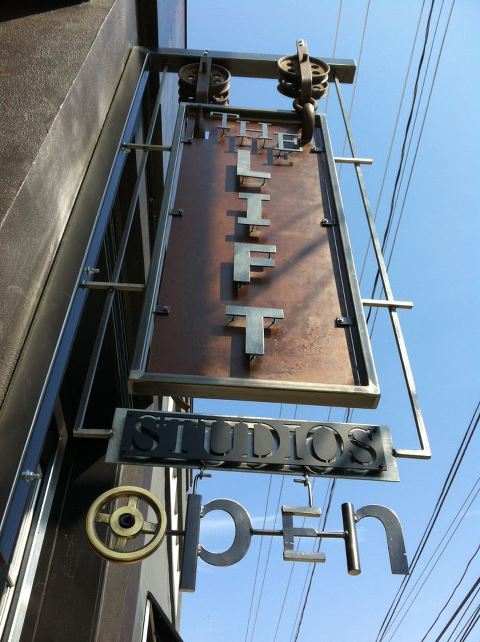 It’s been almost a year since The Lift Studios opened it’s doors… so it’s probably time to have a GRAND OPENING party!  Please join Daniel and his wife, Michelle, as they celebrate this huge milestone!  They had blood, sweat, and tears go into renovating this space and are beyond excited to officially show it off.  Did you know The Lift Studios (along with their architect and contractor) won a Griffin Award from Asheville’s Historic Preservation Society for Adaptive Reuse of The Lift Studios?  Come see the finishing touches and some new art from The Lift’s own Daniel McClendon.  It’s also Second Saturday so the studio will be open all day with the “Grand Opening” starting at 6pm.  There will be food and libations, if you need more reason to come.